Just a reminder: today is the last day to vote for my story. Thanks!
Today is our last day in California.
Yesterday we said goodbye to everyone at church and to some really good friends.
Today I will say goodbye to my Grammy.
Tomorrow we will be 1,800 miles away.
I am excited to start a new life, but I am so heartbroken to leave my loved ones. 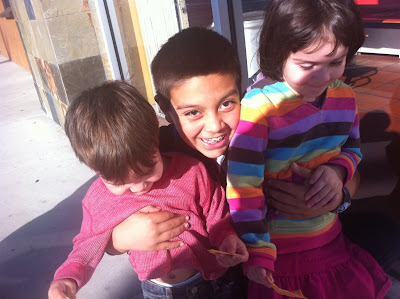 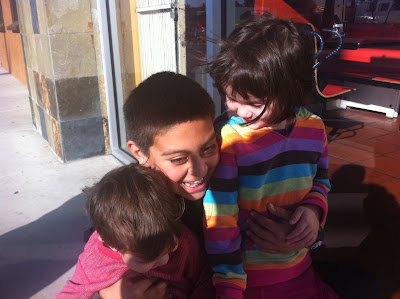 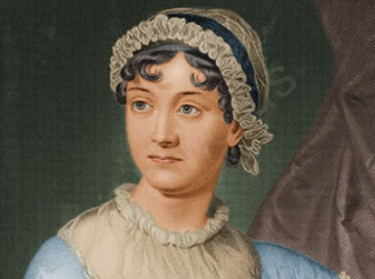 I am sure you are all so thrilled to hear me talk about this again, but voting ends on the 28th in the Jane Austen Made Me Do It Short Story Contest.
If you haven't already please vote for my story!
The top ten will be announced 3/1, and it would be an awesome moving day present for me to make the top ten.
Thanks everyone!
Posted by Jessica at 11:54 PM 3 comments:

I have been totally MIA this past week. Both kids have had a horrible stomach flu, I've had a cold, and we were moving out of our place and in with my mother-in-law for our last two weeks here in California. I just cannot fully express the excitement of moving while your toddlers are projectile vomiting. Sick babies are the saddest things in the world - and the sight of poor Maddie hugging the toilet bowl was totally heartbreaking. Thankfully, they are doing a lot better the last day or so and have managed to keep some actual food down!
In more uplifting news: a week from today this is going to be the view out our front door. 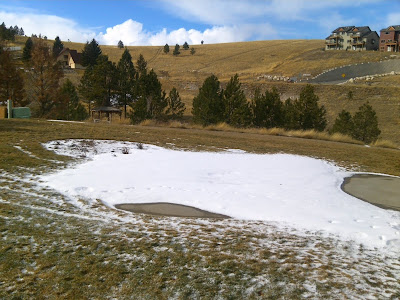 Make sure to vote for my short story in the Jane Austen Made Me Do It contest!
Fun fact: I exist in multiples!
There is a reason I love Twitter, you can instantly connect with kindred spirits you would otherwise have never met. This is the case with my great Twitter friends Rebecca and Nancy. I met them both through Jane Austen related Twitter events and the more I got to know them, the more I was convinced I had been separated at birth.
Turns out we all love Austen, Star Wars, and Superman.
Rebecca and I were discussing why there would be more than one of us who had such seemingly dissimilar likes, and it occurred to us that they aren't so dissimilar after all - each represents a different kind of hero . . . and we, my friends, are a generation sorely in need of heroes!
I thought it would be fun for the three of us to start off a series of blog posts on this hero theme today on Valentine's Day.
Nancy has a great post up on her blog Austen Aspirations discussing Mr. Darcy.
Rebecca has a sweet and funny treatise on Han Solo on her blog A Word's Worth, and so it falls to me to talk about Superman. 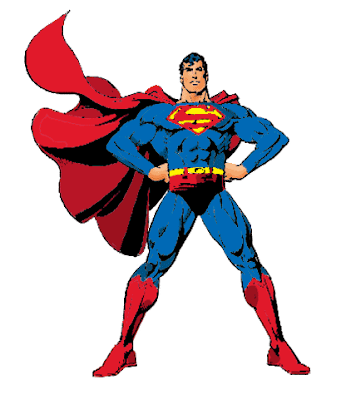 At first blush, it seems easy to understand why we are fascinated with Superman as a hero . . . I mean, after all he is a super man - "faster than a speeding bullet, more powerful, that a locomotive, and able to leap tall building in a single bound." And let's face it - he is hot. Superman isn't human, he is from the planet Krypton, and it is because of this - because he is basically an alien living among us - that he manages to be a super hero. On his planet (if it still existed), it is possible he wouldn't be anything special, although my guess is he would still be hot. So, it seems unfair to compare any real man to Superman because, really, how can they possibly measure up? How can we say that we need the men of our generation to step up and be heroes, and then hold up the unattainable as an example? 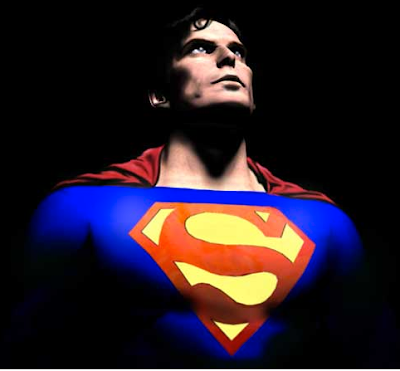 I think Superman is still a valid - and attainable - hero. He is more than an automaton or a piece of physical perfection. He is also Clark Kent. I truly believe Clark Kent is more than just an alter ego. He isn't a cover Superman invented for himself, he was raised as Clark Kent before he ever even knew of his alien origins. I truly believe his passion for "truth, justice, and the American way" came as much from being raised in Kansas by the Kents as it did from hours and hours of study in the fortress of solitude.
In fact, if he were only Superman - only following the unemotional advice of his father Jor-El, then he wouldn't be as involved in human affairs as he is, he wouldn't turn the world back around to save the woman he loves, but he does. In fact, Superman sees the best in humanity, what humanity can be . . . and this is because he is Clark Kent.
Sometimes I wonder if it is really Clark Kent that we get all weak-kneed over. We love how much he loves Lois, we love his sincerity, his kind of geeky oversized glasses. Of course it is awesome that he can rip off that button up shirt and be Superman, but Superman without Clark is really just a stereo-type, an alien come to earth that we can admire but never connect with. 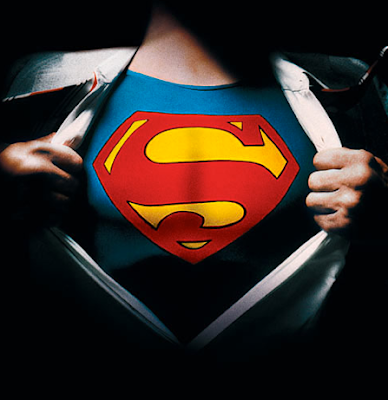 So, why is it that I love Superman? Because he does represent the ideal of truth, justice, and the American way - the thought that with hard work, perseverance we can overcome any obstacle. And that, I think is what we are looking for in a hero - be honest, be fair, work hard, and love hard.
Be a Clark Kent.
Posted by Jessica at 10:40 AM 2 comments:

Happy Valentine's Day everyone! Voting starts today in the Jane Austen Made Me Do It Short Story Contest and runs through February 28th.
I am shamelessly pleading for your votes . . . and for the votes from your friends and neighbors!
The top ten stories will be decided by public voting, then one story will be selected for publication in an upcoming anthology. That would be insanely awesome, but I'd be pretty dang happy to even make the top ten.
You don't really wanna see me beg do you?
Oh, you do?
Ok . . . if I must!
Please, please, puh-leeeease with sugar and a cherry on top vote for my story!
Thanks everyone!
Posted by Jessica at 9:30 AM 4 comments:

Jane Austen Made Me Do It - Short Story Contest

My short story, Attempting Elizabeth is up on the Republic of Pemberley site long with 32 other entries (although I am sure there will be more before the deadline on the 13th.) I would love if you would check it out . . . and I'd love if you'd vote for me to make the top ten when voting starts on the 14th. Don't worry, I'll remind you!

My brother David and his girlfriend Brittney both work with special needs adults. They are going to be participating in the Passion Plunge, in which they, and other insane people, jump into the freezing cold Atlantic ocean in February. Why would anyone do this? Here is the explanation from the fundraising site:
The Passion Plunge helps support 11,676 individuals with intellectual disabilities who have chosen to live a healthier and happier life by participating in programs offered by Special Olympics Massachusetts.
Dave and Brittney's Team is called The r"EMARC"ables - aren't they cute? 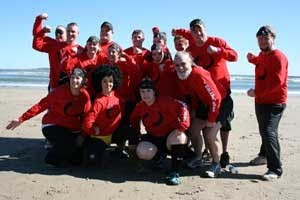 David hopes to raise $250 and he is currently at $25. Every little bit helps! Even just a dollar or two. If you would help by donating so that my sweet, obnoxious, crazy bro (and Brittney!) can go take a flying leap into the icy cold I would really appreciate it!
Posted by Jessica at 6:13 PM 1 comment:

Happy Birthday to My Mom 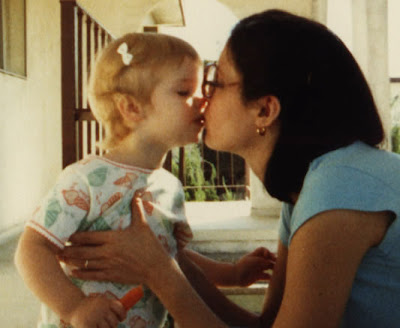 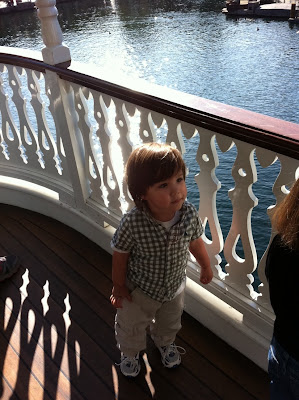 While the rest of the country is blanketed in snow and ice, we have been enjoying some gorgeous weather. 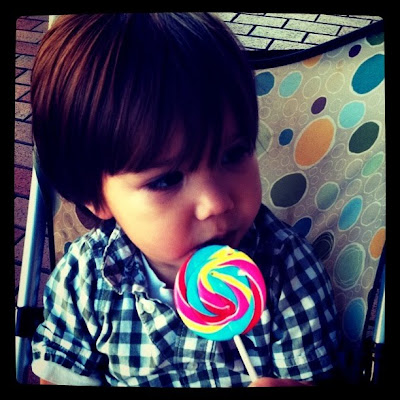 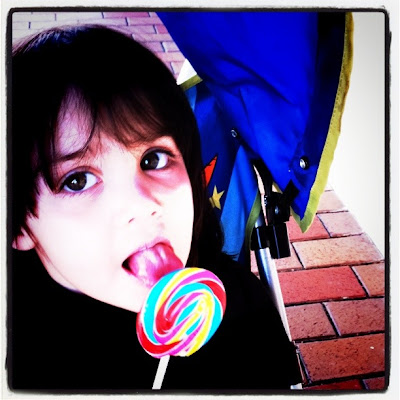 I can't brag too much as we are moving away from it in about 24 days or so. Eeeek! 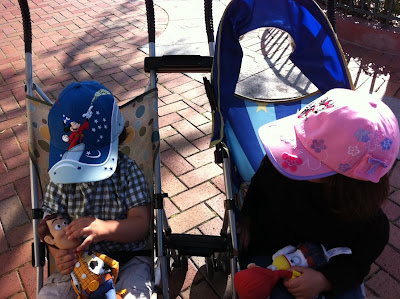 If it makes you feel better we had rain last Sunday (after a week in the high 70s). But that just meant we had crazy pretty "day after it rains" perfection on Monday for our little adventure.
Posted by Jessica at 6:28 PM 3 comments:

The lovely Nancy over at Austen Aspirations is putting together a Romance Title Generator after a funny Twitter conversation about ridiculous romance titles (and plots) we had this week.
Come on over and contribute!
Posted by Jessica at 3:04 PM 1 comment: