The Advent of Becca

Our friend Becca is visiting us for a month! The kids (and mommy and daddy) were excited out their minds about her coming for weeks before she actually got here. Every time someone would leave James would wig out thinking they were going to pick up Becca without him.

Becca sent Maddie and James a "Countdown to Becca" calendar. Or as I like to call it, a Becca Advent Calendar. It's almost like Christmas! (In a totally non-sacrilegious way). 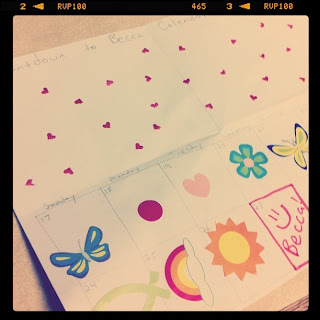 Becca has been here for a week and we've been busy doing all sorts of fun Montana-y stuff. Here is Becca, Maddie, and James in Reeder's Alley in downtown Helena. Reeder's Alley was originally bachelor apartments for miners, and now it is cute little shops and restaurant. 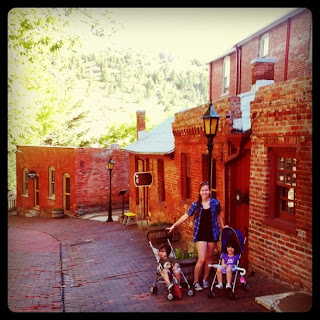 Some friends from church (also originally from California) took us out Saturday on their boat and we went up the Missouri River through the Gates of the Mountain. Ah-maz-ing. Maddie looks pretty darn thrilled. 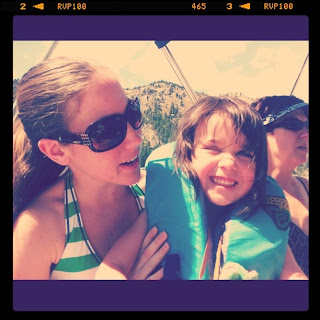 We drove up to a "ghost town" in the mountains called Rimini, it wasn't much of a town, or very ghosty, just some old buildings and a few newer houses, but there was a pretty awesome waterfall that we walked up to.

We went rainbow hunting in an afternoon thunderstorm, and we were rewarded with a double rainbow. This may be my new favorite picture of all time. 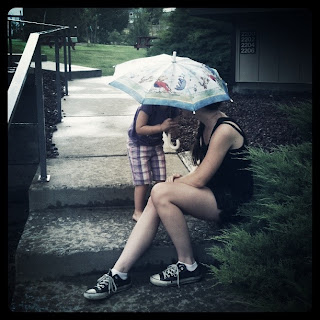 Here is to another week of fun!