Event of the season . . . that is what everyone is saying about Maddie's 2nd birthday party . . . ok, not really. But it was the event of my season at least (Jamie's birthday is technically in Summer by a few days, so that will be the event of next season), so I thought I'd show you a few pictures of Maddie's Super Sleuth / My Friend's Tigger and Pooh Extravaganza.
We had a bean bag toss, except the bean bags were these bees:

And you had to toss them into these bee hives (bee hives designed by Daddy, and bean bag toss provided by Grandma Ruby) : 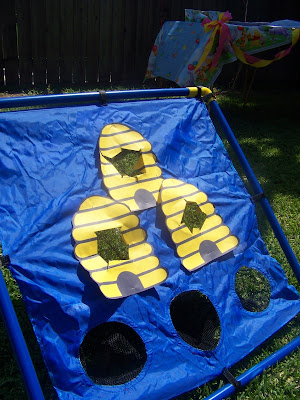 My aren't we clever! 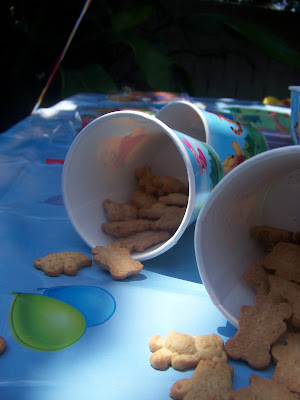 We had honey Teddy Grahams in Pooh and Friends cups . . . 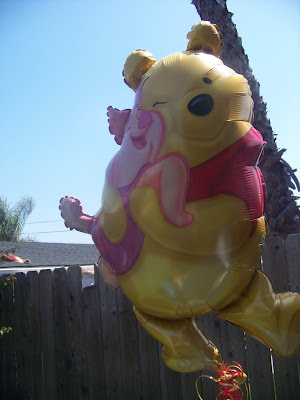 And Pooh Bear giving Piglet a hug. Pooh and Piglet were tragically popped in a wrestling match featuring Maddie and Danny . . . luckily Maddie found it hilarious. 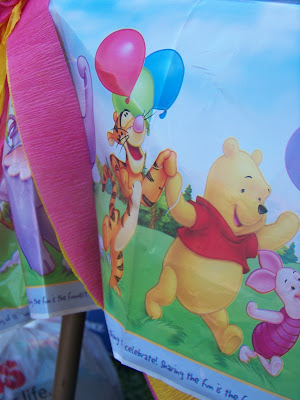 I was so excited to be able to find Winnie the Pooh tablewear at Big Lots! 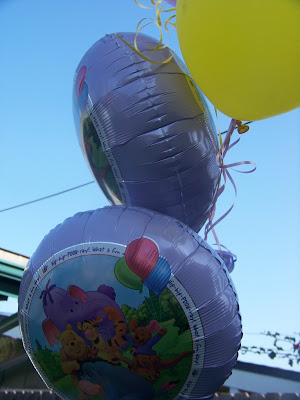 And Party City had matching balloons! 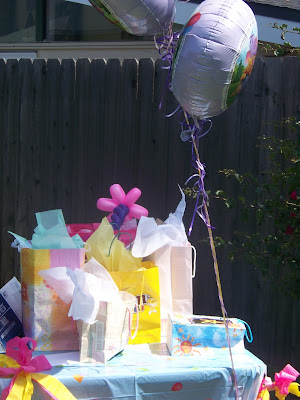 Present tables are always pretty! Aunt Cynthia and Uncle Joe had tickets to a hockey game, so they came early to help decorate. Uncle Joe turned out to be quite handy with the crepe paper!
Maddie was very excited by all the Pooh decorations!